Racism and Dogs - a Historical and Present Perspective

As I am writing this, hundreds of thousands of protestors are marching in streets around the world, calling for justice in the murder of George Floyd and for a revolution in the systems that oppress black, indigenous, and people of color. As a white person, I have been challenged to examine my own role in these systems and how I have benefitted from them. Dogs are a large part of who I am, and I cannot pretend to think that racism does not also play a role there. I know that many others in the dog community are grappling with this reality as well. I do not claim to be an expert on any of these subjects, but I am doing my best to learn. I hope that in sharing what I have learned so far, we can begin to rectify the wrongs we have perpetuated against our BIPOC friends and community members in the dog world.

Dogs played a tragic role in slavery beginning in 1704, being employed by slave patrols to intimidate and control slaves, as well as to hunt down and recapture any slave who tried to escape. Slave patrollers with their “packs of Negro dogs” were permitted by law and paid by the states to carry out their duties of “apprehending runaways, monitoring the rigid pass requirements for blacks traversing the countryside, breaking up large gatherings and assemblies of blacks, visiting and searching slave quarters randomly, inflicting impromptu punishments, and as occasion arose, suppressing insurrections,” Many academics trace modern police departments back to these slave patrols, and I can see why just by that description of their duties. We can also see the chilling similarities in how they’ve both used dogs to carry out their work of white supremacy.

Fast forward to Ferguson, Missouri in 2014. Michael Brown has just been murdered by police, and the U.S. Department of Justice goes on to investigate the Ferguson police department’s practices and policies. They found that the department “engage[d] in a pattern” of deploying police canine units while policing black neighborhoods when the circumstances did not warrant such use of force, “leaving serious puncture wounds to nonviolent offenders, some of them children.” All, I repeat, ALL of these victims were black. The DOJ report concluded, “Officers command dogs to apprehend by biting even when multiple officers are present. They make no attempt to slow situations down, creating time to resolve the situation with less force. The use of canines reflects a culture in which officers choose not to use skills and tactics that could resolve a situation without injuries, and instead deploy tools and methods that are almost guaranteed to produce an injury of some type.”

If you think that this is irrelevant because it’s a report of just one police department however-many years ago, read that last statement again. What are we seeing over and over in these protests? Police choosing not to resolve a situation without injuries, but instead deploying tools and methods that are guaranteed to produce an injury of some type. This running list of police brutality caught on film during the protests has 456 entries at the time this blog is being written. And that’s just what was caught on camera. Luckily, this time, they at least seem to be keeping dogs out of it. That wasn’t true during the protests in Birmingham in 1963, as can be seen in iconic and disturbing photos of onlookers being attacked by police canines.

In the early 1900s, pit bull type dogs were loved by American culture. They played prominent roles in films, were kept by presidents in the white house, and were even celebrated as war heroes. That all changed around the 1960s. When crime rates began to rise, pit bull type dogs, with their false reputations for fighting ability, were increasingly used as guard dogs by people living in urban areas (read: people of color). Newspapers began reporting on their “vicious” behavior. Claims made in these articles were never substantiated, but they stuck around. We’re not here to talk about pit bulls though - that’s a blog post for another day. Bronwen Dickey, who literally wrote the book on the pit bull’s reputation throughout history, said, “upper-class white people couldn’t believe the barbarity of the people who owned what they believed to be fighting dogs, and they projected these views onto the dogs themselves.” The term pit bull, while not even technically referring to a specific breed of dog, has come to serve as a proxy for talking about race and class.

We see this racism become institutionalized with the advent of Breed-Specific Legislation (BSL). These laws allow landlords and renters to refuse occupancy to individuals if they have a certain breed of dog. Pit bull type dogs are the breed category most often legislated against. BSL forces people to choose: either give up their dog or live somewhere else. When most Americans view their dogs not just as pets but as family members, this becomes an impossible choice. While statistics of dog ownership are not widely documented, there is a strong cultural tie between the black and latino communities and the type of dog breed that is most often legislated against. It’s also important to note that people living in poverty are more likely to be people of color, and more likely to be renters, and therefore more likely to be confronted with BSL. Ann Linder put it mildly when she wrote, “Breed-specific legislation may be being used as a new form of redlining to keep [people of color] out of majority-white neighborhoods.” It just may be.

The Dog’s Not the Racist One

If you’re a pet dog trainer, you’ve heard it. I’ll admit, I’m even guilty of bandying it around, jokingly, ignorantly. A client has a dog who cowers, barks, lunges, growls at people with dark skin. Half-jokingly, they say, “I think my dog is racist.”

What we know about the socialization process is that if a young puppy is exposed to things early on, they are significantly less likely to be fearful of those things when they are adults. So you make a point of letting your puppy walk on unstable surfaces, experience a vet or groomer visit, play with dogs of different sizes and shapes. But a puppy raised in a primarily white suburb, which is primarily white by design, is probably not going to see many if any people of color. That puppy is therefore quite likely to be fearful of that person who looks different from any person they’ve seen before and behave in the ways described above. A harder pill to swallow is that dogs are acutely in tune with our emotions. They can detect our discomfort by the slightest change in our body language, and even by the stress hormones that involuntarily release into our bloodstream. If I become uncomfortable, even afraid, at the sight of a black man approaching me on a sidewalk, my dog will know it and may act accordingly. There is actually some research on this, which can be found here.

And a just-published video that goes more in-depth on the topic, and gets perspective from BIPOC dog professionals. 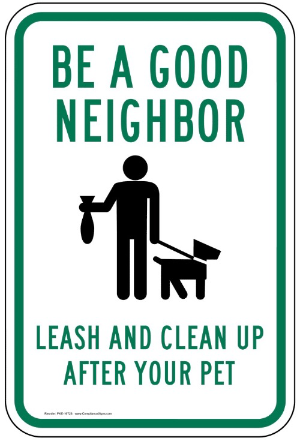 Sociologist Sarah Mayorga did a study on a diversely populated neighborhood in Durham, North Carolina and wrote about her findings in an article titled “How Dogs Help Keep Multicultural Neighborhoods Segregated.” Where dogs serve as a bridge for friendship among white residents, these positive interactions do not occur across racial boundaries. Rather, white residents will frequently report their neighbors to the police for suspected animal abuse. For example, one resident recounted a time when she reported a neighbor to the police for leaving their dog chained in the yard. Mayorga writes, “This white willingness to report non-white neighbors for “unruly” behavior recalls numerous recent incidents nationwide in which white people have called the police on black people for perfectly legal activities...By drawing arbitrary lines between right and wrong, insider and outsider – even good pet owner and bad – white people...use that power to try to shape diverse neighborhoods into their preferred mold.” While I personally and professionally disagree with the practice of keeping dogs chained in yards, the urge to turn this into a criminal matter is disturbing when it plays out along racial lines. This cannot be our recourse. “In U.S. neighborhoods, middle- and upper-class white residents enjoy a privileged social position by virtue of their race and class. They understand that police, local businesses and government agencies exist to serve them – the same social institutions that often underserve or even target [people of color].”

The Economics of Pet Guardianship

People in the U.S. spent $72 billion on their pets in 2018. To be a “good” dog guardian, you need to buy the food, the collars, the harnesses, the leashes, the toys, send the dog to day school or daycare or training class. But conversely, people living in poverty are castigated for and even prevented from spending money on their pets. In 2018, a man named Edward B. Johnston created a petition to allow citizens to use their Supplemental Nutrition Assistance Program (SNAP) dollars to purchase pet food. He stated in the petition, “Some argue that people should not keep pets if they cannot afford them, but the fact is that an individual or family’s financial status can change at any time. Should someone be forced to give up a pet they’ve had for years just because they hit a financial rough patch?” Still, policy dictates that pet food cannot be purchased using these benefits, and in the past even went so far as to prohibit beneficiaries from having pets while on welfare. Families living in poverty would be forced to hide their pets during inspection visits by case workers for fear of losing their four-legged family members or their financial assistance. While we are happy to acknowledge the mental, physical, and social benefits of having a pet for middle- and upper-class people, we disqualify those in financial hardships from those benefits. Johnston put it well, saying, “Being poor is hard enough without being expected to give up your companion.”

Financial barriers aren’t the only obstacles that BIPOC dog guardians face. A big part of my work involves advocating that dogs guardians give their pups more exercise in nature, taking hikes and going to outdoor recreation areas. If you live in a city and/or do not have a car, this is automatically harder to execute. Outdoor recreation is extremely whitewashed in representation and in marketing. In studies that have been done by the National Park Service and other organizations, people of color report feeling excluded and even fearful of visiting these types of locations. And if you remember what happened to Christian Cooper, you can see where they may be coming from. Sadly, a dog was also involved in that story.

So what do we do?

There’s a lot of advice out there now about how white people can show up for their friends and neighbors who are hurting right now. Ayoka Bubar, professional dog trainer and person of color, wrote a recent blog post answering this very question specifically for the dog training community. Inspired by her and many others, here’s what I’m working toward.

Long Lines - What are They and Why Use One?

Cue or Command - Does It Really Matter?